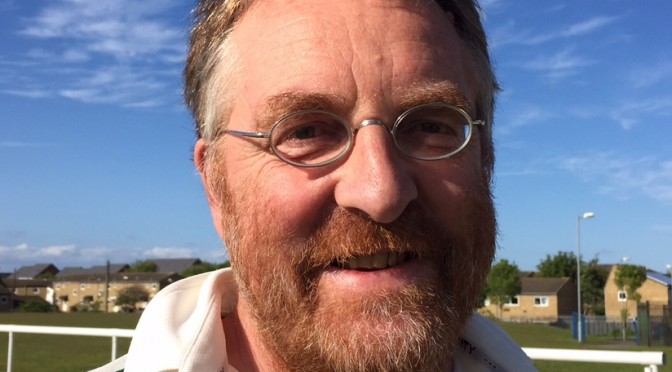 Age:  Anyone looking for a ginger Santa…?

Specialism: Zen fielding (often drifts to where he thinks he’s needed),  and taking a wicket with the first ball of an over (to protect the innocent we will gloss over the other 9 (nine) deliveries in the over)

Profile: A survivor of the Rothbury CC disaster (nothing has ever been proven),  such is Rob’s enthusiasm for Mallards he even moved house from Rothbury to Morpeth  to be closer to the action. We are hoping that Rob will be the answer to our shortage of hard-hitting middle-order batsmen but some have suggested that if Rob is the answer we may be asking the wrong question.

Nickname:  Beamer (me up Scutty!)