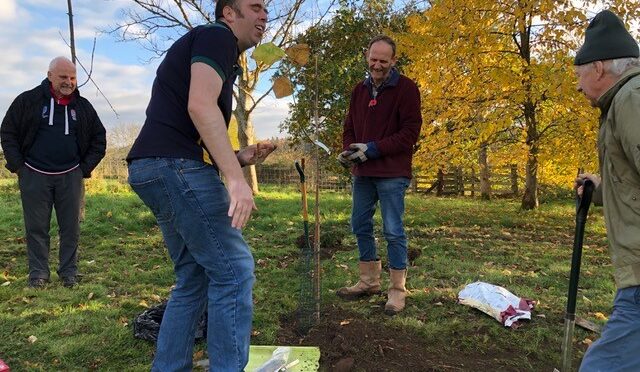 OK, gentlemen… I now call this Extraordinary Meeting of Mallards CC to order.  Honorary secretary: can you please remind us as to the agenda, if you would be so kind.

Yes, Chair. It is to produce a report for the 2021 Jon Robb Trophy Match against Genetics .

Well, this is one of our most important fixtures.  Can I ask why we are called upon to do this?

Indeed, Chair: one of our long-established members volunteered for the task but the event seems to have slipped past what he calls his ‘memory window’ and when he did find himself putting pen to paper, he apparently produced  minutely detailed recall of a match on the Heaton medicals ground, against the same opponents (with some of the same players) that took place in June 1987.  About the 2021 match, however, he had no recall whatsoever, rather like certain politicians and their Christmas parties, in fact.

Well, let us see what we can recall – or glean from the scratchings and scratchings out in the official scorebook.  Mr Secretary: can you please make a note that we need to send some of our members to do a training course in How to Score?

Well, Chair, we do try to raise our skills…  Sending one of our members on the ‘How to Umpire’ course several years ago had a great effect on the team – though not so much in the correctness of his decisions.  Apart from there being fewer on-field altercations with T. Cleaver, the main effect on our performance was through the course recipient choosing to umpire rather than actually play.   The course labelled ‘How to Score’ prompted early interest among active members, but that interest quickly faded when it became known that this was to do with scorebooks.  Hence, in our scorebook, the ‘scoring rate’ column, ‘fall of wicket ‘data and bowler’s boxes should always be regarded as having an accuracy of +/- 47%.

Thank you, Mr Secretary. Perhaps we have to see this as another cricketing tradition of Mallards with which we should not interfere…

Genetics opted to bat, and set a competitive total.   Mallards skipper, Dave Cox, in keeping with the sporting nature of the occasion, adopted a two-overs-each format.  Without any intervention from the captain, Tony Cleaver, was soon steaming in from his choice end to get the contest underway.  He was met with an aggressive response, before bowling D. Taylor in his second over. Hamid somehow contrived to drop a straightforward catch in the field, but then produced a brilliant piece of fielding to atone, running out the free-hitting Richardson before he had caused too much damage.   J. Bennett was in no mood to hang about, either.  He hit six 4s off 17 balls to reach 30 and return to the pavilion, his job done. Against the keen hitters, the six overs from Cleaver, Potts and Hamid had gone for nearly 50 runs.

The match was clearly favouring Genetics at that point but their progress was then pegged back somewhat, as different players, on both sides, strode onto the arena.  The Genetic pool was suddenly becalmed.   Stone (1-10), Steele (1-7) and Cox (0-7), ably backed up by the Wilsons and – at the death – by the lively Ankush (2-4) applied the brakes.  In fact, the dismissal of Bullock by Ankush was another key moment in the game: the quick-scoring number 8 was threatening to give a late boost to the opponent’s total.

Wilson Jnr contrived to produce a remarkable spell of two overs: one containing five wides/no-balls, the other, a maiden.  As a blurred streak around the pitch, he retrieved many lost causes, as well as athletically catching Tarbuck.  Potts similarly plucked from the air a hit from Mitcheson.

The sporting opponents were, despite benefiting from 17 extras, restricted to 118-6 off their 18 overs.  The home team required 119 to claim the much-coveted trophy.

When Mallards batted, Ankush rushed out of the traps.  He hit the first ball from Tarbuck for a high four, and the third one was similarly dispatched.  His sparkling knock of 32 was achieved in 16 deliveries – with only five recorded dot balls.  He hit four 4s and two 6s, the second which signalled his retirement.   Opening bowlers, Tarbuck and Sid Mitcheson, were glad to see him make his way back to the pavilion.

In the overall context of the game, the early scoring rate gave the Mallards a decisive advantage.

Glen Steele will be pleased to see that this report is at last being revealed to the many cricket enthusiasts who keenly follow the Mallards.  After a steady start – officially, four off the first 15 balls he faced – when Ankush departed, he put began clipping the ball around in his Gower-esque fashion, and contributed 25 before J. Bennett got through his defences.

Dave Cox, batting no. 3, left us with the memory of a classic six hit, but soon fell to a wicketkeeper’s grasp off Brian Taylor’s bowling – the tall right-hander finishing with figures of  3-11 off 3.  Hamid piled the pressure on Genetics.  He also showed an accelerating scoring rate to reach 34 not out with a heavily clubbed 6.

Rob Wilson brought some stability to the run chase.  His measured, circumspect style allowing the overworked scorers back in the pavilion to catch up with their quality assurance processes.  [Who bowled the over before last, then? … No, no, I have 4 byes…].  He possibly had in mind the need to provide a role model for Ali Wilson, his son, batting at number six, who fell to the second spell bowling of veteran, Mitcheson, with only dots to his scorebook entry.

Potts came in to partner the impregnable Wilson Sen. for the final overs.  The two made an unhurried 6 and 7 respectively to make it a nervous ending for watching teammates, easing the score (allowing for the 7 extras) to a winning 119-3 in the final over.

The trophy had been brought home – and without needing to call upon the batting prowess of Messrs Latif, Stone and Cleaver.

Speeches and the presentation of the trophy followed, as the orange sunset glow faded from the encircled (socially-distanced) teams on the splendid Riding Mill ground.

A match to savour, Jon.