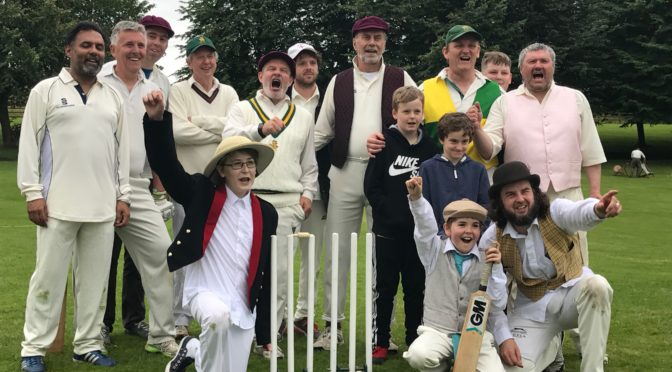 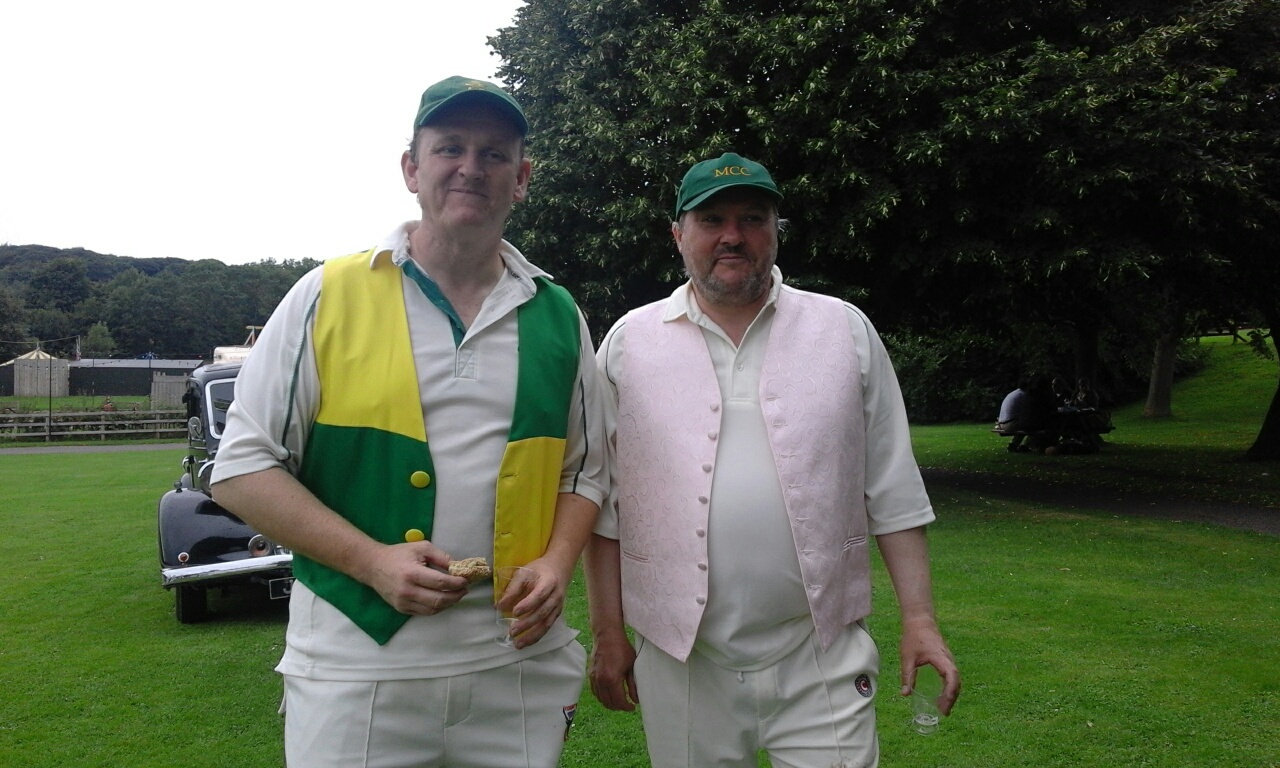 All the late-19th Century accoutrements were in place for a trip down memory lane in Sunday’s very friendly game against Belmont CC at Beamish Museum:  portly men in waistcoats, bowler hats, exuberant whiskers and very leisurely fielding – all authenticated by those doughty survivors of the WG Grace era, Messrs Stone and Cleaver.

The rules were explained several times before the slower members of the team grasped the full details: Twenty overs a side, two overs per bowler, two-pace run-ups, no lbws, no pads for the batsmen and 25 and out – aside from the pads pretty much business as usual for seasoned Mallards.

In a move of sheer recklessness McCaffery was made captain for the day and winning the toss he elected to field first. Belmont began steadily in the face of some decent bowling from Cleaver and Thompson, the only early incident of note being Taylor’s attempt to catch the ball with his back, being more interested in chatting up the scorer than facing the play. After four overs Belmont were 22-0.

Things began to get more interesting with the introduction of Cox and Stone, the latter one of the many bowlers who had to make little change to his normal run up. While Cox bowled very tightly, Stone’s first over went for ten runs but to compensate he also claimed the first wicket, bowling Smith for 12. His second was a perfect replica, ten more runs and the second wicket to fall, Monaghan bowled for 11 and after 8 overs Belmont were 49-2.

The game fell into a steady pattern then as the batting team kept the score around six an over as Latif and Butcher bowled steadily without much luck and after 12 overs the score had reached 76-2.  McCaffery decided that an intervention was necessary and his self-introduction brought immediate dividends when the newly-christened ‘Safe Hands’ Cleaver pouched a catch in the covers, cleverly using his groin as a pouch.  Sadly his new nickname was instantly removed when he spilled a chance in the very next over from the unlucky Taylor, who also saw the skipper narrowly fail to cling on to a diving catch in the deep.  Nevertheless, Taylor returned the impressive figures of 0-9 from his two overs, the skipper taking 1-14. Belmont were now 99-3 from 16 overs.  Not content with bowling well, Taylor, resplendent in a salmon pink waistcoat (see above) then donned the keeper’s gloves to allow Wood to bowl a couple of overs to finish off the innings in combination with the deadly duo of Green Senior and Junior. Things remained tight with Belmont mainly scoring in singles and after 20 overs their innings ended on 123-3 – an eminently gettable score. Special mention should be given to Thomson, whose energetic fielding helped to keep the score down to manageable proportions.

Cox and Taylor opened the batting for Mallards and progressed serenely for eight overs, adding 41 runs in the process before Taylor was finally run out for 18. Thomson followed quickly for 1 before Cox retired for an excellent 27.

By now the rain had started and the combination of that and the break-up of the indoor balls being used made it difficult to score quickly, the ball taking up most of the properties of a bathroom sponge. The skipper’s attempts to push the score on quickly ended when he was caught for 7 and Cleaver also perished early on, caught behind for 4.  Latif, meanwhile, had progressed steadily and things began to pick up when he was joined by Butcher, who immediately carved out a couple of fierce boundaries to take the score to 91-4 from 17 overs – 43 required from 3 overs to win.

Unfortunately the partnership was removed in quick order when Latif was bowled for 17 and in the following over  Butcher retired hurt with a strained thigh. The loss of wickets had also seen the run rate dry up, leaving new batsmen Stone and Wood requiring 21 from the final over for victory. Stone swung and missed a couple of times before finally connecting and being caught for 3 leaving Green and Wood to see off the last couple of balls as Mallards finished on 108-6, losing by 15 runs.

A splendid tea of cucumber sandwiches and Pimms was followed by a trip to the Sun Inn for ale and pork pies. Sadly, though the ambience was pure 19th century the prices were not.