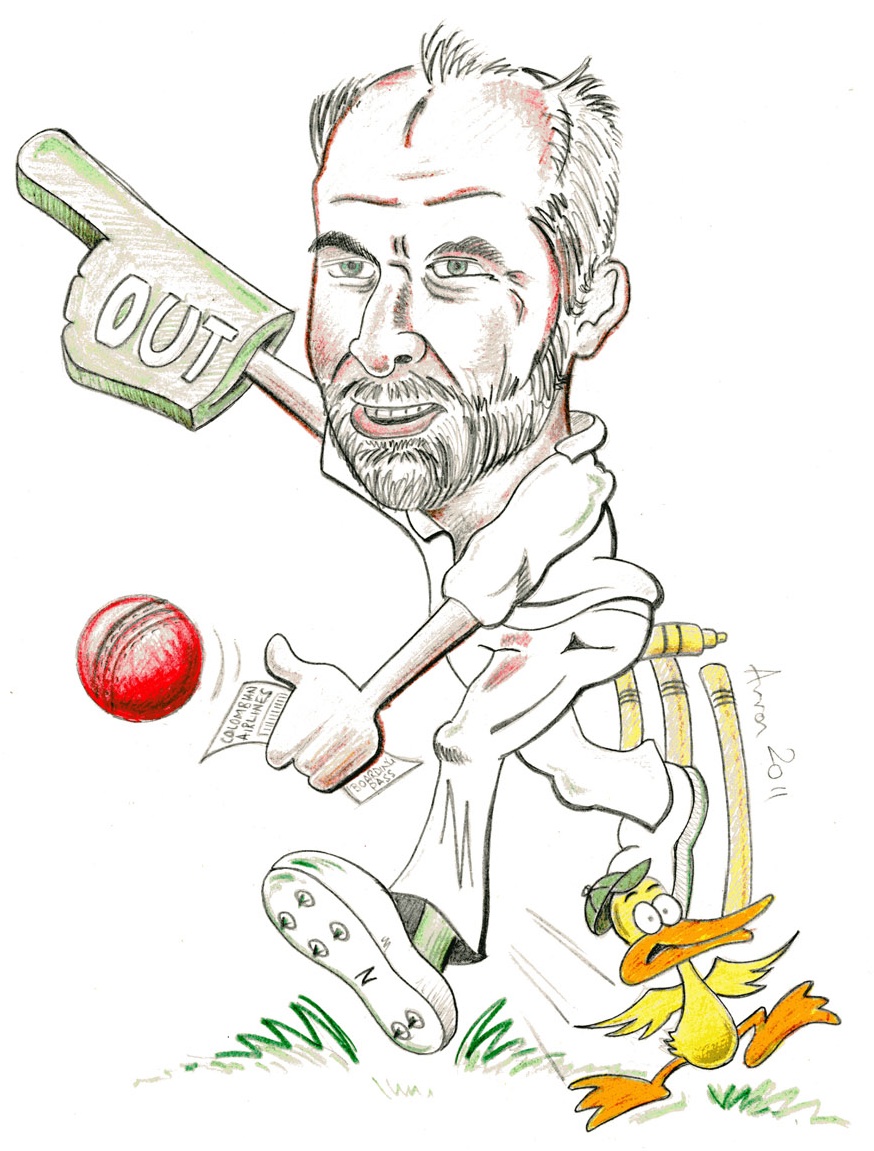 After a narrow last over defeat at Durham back in May, Mallards turned up at a warm but overcast Broomhaugh ground optimistic(ish) of a home victory to level the series.

Both teams were buoyed by the appearance of Tony Cleaver and not just because he turned up with a case of beer! Having lost the toss and been invited to bat, Mallards buoyancy (and optimism) dropped slightly at the sight of Trigger Finger Cleaver taking to the field as umpire. Fortunately TC was given no opportunity to wag his notorious digit as Kent and Steel made a steady (some crueler than I may say slow) start playing out a maiden to the ever improving S Boothroyd and taking just 2 off I Boothroyd (the younger?).

2 off 2 became 15 off 4 as scoring picked up but for the loss of Steel bowled by I Boothroyd for 7 in the 4th. Kiel strode in purposely at 3 to keep the scoring ticking over with both he and Kent hitting a couple of nice 4s among the singles and dot balls until Kiel fell in the 8th caught behind of Ramen who had replaced I Boothroyd leaving the score at 37 for 2 off 8.

Buckley joined Kent intent on upping the scoring rate but kept in check by tidy bowling. Kent finally fell to Gillepsie in the 13th over for a well-made 25 with the score on 59. Butcher joined the fray swinging but failing to connect (as usual) but ran hard to help Buckley,  who was batting nicely,  keep the score going. The 18th over proved costly as both Butcher (8) and Nitsch (4 from 2 balls) were bowled swinging hard at the returning I Boothroyd leaving the score on 95 for 5 off 18.

Holland was then the only LBW victim of the innings but not courtesy of TFC (and he was plumb!) before Buckley had to retire on 25 following a back spasm leaving Latif and Wisbach to play out the last few balls to finish not out on 6 and 3 respectively to complete Mallards innings on 106 for 6. Was it enough? Most hardened readers would probably say no but Mallards were within 2 balls of defending 87 at Durham and TC was umpiring so still all to play for!

In contrast to Durham Staff, Mallards opted to take the pace off the ball, opening with the leg spin of Wisbach who started nicely going for just 3 singles. Mexter opened from the other end and went 2 better, just 1 of his first over. Both continued to bowl well, especially Mexter who beat the bat on several occasions. Despite this, English and Robertson opening for Durham batted steadily to reach 38 without loss by the end of the 8th (Mallards were 37 for 2 at the same stage), Wisbach finishing with 0 for 24 off his 4 and Mexter with a highly creditable 0 – 10 off 4.

Latif and newbie Ismail took over the bowling duties and despite bowling steadily the score rate began to rise. Kiel was bought on to inject some pace and try to slow the run rate but Durham kept accumulating with Robertson reaching his retirement on 32. Nathan came in and continued the scoring before English also reached retirement bringing Powell to the crease. At 91 off 16 there was still a glimmer of hope but unfortunately newcomer Powell took a liking to the returning Ismail leaving just 2 to be knocked off the 18th over to seal victory once more for the academics.

Sadly no grandstand finish or tale of heroics but as always a committed performance from Mallards in a game played (by both teams) in an exemplary spirit and finished off by the traditional visit to the Welly, where good beer, good food and good craic was enjoyed by all, despite TC’s somewhat gruesome tales of a defunct bottom. Welcome back TC!