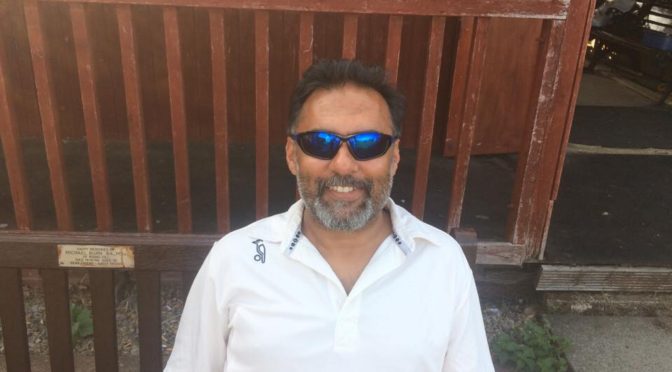 Age:  We would like to be precise but our resident legal eagle has an injunction in place preventing disclosure of the actual number.  Suffice to say he is fairly close to raising his bat in triumph.

Specialism: Variety. Liaquat can produce six completely different balls in one over, all from different run-ups and at different speeds. His batting style can best be described as ‘busy.’

Profile: Initially brought in to offer legal advice to Mallards in a dispute over attempts to deport the club despot to Afghanistan (which, unfortunately, he managed to prevent), Liaquat forced his way into the squad by providing some top-class Samosas at the annual barbeque. He has proved a fine addition but has still to learn that shouting ‘Objection’ at the Umpires’ decisions is unlikely to earn favour.

Nickname: Lee – nobody in the team has ever even attempted to pronounce ‘Liaquat’