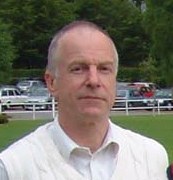 This match report is brought to you by the numbers 0, 5 and 12. Also the letter O.

On the evening where the Test Match at Headingley went down to the penultimate ball and the England football team once again embarrassed themselves, two mighty teams faced each other on a rather not-so-mighty wicket (more of that later).

The two skippers agreed on the usual friendly rules and as is the Mallards’ skipper’s tradition, Buckley lost the toss (this one done with an actual coin) and Mallards were put into bat. This despite Buckley’s best (or probably worst) efforts at reverse psychology in trying to get Yog to choose batting. Yog knew what he was doing though!!

Opening with a brand new opening partnership of McGuinness and McChlery who manfully agreed to strap on the pads first, they stepped out into the unknown and became the first victims of a rather awful pitch. On a wicket with less bounce than a concrete football the first 4 overs amassed a grand total of 4 runs, all to McGuinness. Unfortunately, it also brought about 1 wicket, McChlery who, after blocking out 10 balls in almost textbook manner, went after a delivery and top-edged to be caught in the covers by young Saif. This brought Beacock (pictured) to the wicket and both he and McGuinness hit a boundary each before McGuiness fell in the 7th over when he was bowled by the bowling of Hamza. This was a case of 3rd time unlucky as McGuinness had been dropped twice in his innings of 12. In came Nitsch and then out went Nitsch (from the bowling of Thomson) as he was given out lbw by the umpire – Tony “Trigger Finger” Cleaver – despite Nitsch being only about 3 foot in front of the umpire when the ball hit him! This brought Buckley to the wicket who has been rather naff with the bat this season for Mallards. Neither he nor Beacock could get the ball away due to the extremely low and slow bounce being offered from the bowling of Gill and Saif and this eventually led to Beacock losing his patience (yes, you read that correctly!) and tried to swing but missed and the ball hit middle stump from the bowling of Gill.

Perera came to the wicket and the runs still came VERY slowly. When they did come Buckley had to give up running a 3 as it would’ve ended up with him lapping Perera. As Buckley did not know the rules when it came to lapping your batting partner he decided against it. Perera eventually went when he was run out by a mis-throw from Dinak. Taylor joined Buckley at the wicket before Buckley was eventually bowled by Umar – going for a ball that landed halfway down the wicket and bounced so high it hit the bottom of middle stump. Taylor was then joined by Scott and soon after Scutt after a mix-up in calls had led to the run out of Scott. So as Scott was replaced by Scutt, so Scutt was soon bowled by Gill for 1 on the last ball of the innings leaving Mallards with a score of 46. Top scorers were McGuinness and Buckley on 12, followed by extras on 11, then Beacock and Taylor 5 (the latter not out).

Still, the aim of the match had been reached in surpassing the score of 45 against Durham Staff the week before. Buckley nearly asked Davipart to let the game end there. Unfortunately, they decided to bat and, never having defended a total of 46 before, skipper Buckley was expecting to be in the bar after only 5 overs. However, a very concerted effort by all Mallardians was given in the field. Both Cleaver (3 overs, 0 for 9) and Dunhill shared the opening overs and, having umpired for the majority of the Mallards innings, knew what to do. Pitch it up and in line with the stumps. This they did very well indeed.  Dunhill was unlucky to see McGuinness drop a very difficult chance given by D Rawlley Jnr at deep mid-on when on nought. At the other end,  Scholes (no, not that one) was putting the ball into the air a lot but finding space away from fielders until he decided to advance down the wicket to Nitsch, who had replaced Dunhill (3 overs, 0 for 8), and missed the ball giving Beacock with a straightforward stumping. Could the unthinkable happen? Well, no, but some very good bowling from Scott (3 overs, 0 for 6) and Nitsch (3 overs, 1 for 13) prolonged the game into the 13th over. Perera came on with the Davipart score at 42 and despite some decent line and length was unfortunately hit for 2 fours meaning that the game came to an end with the last ball of the 13th over and Davipart ending on 50-1.

So, after 33 overs of cricket a grand total of 96 runs were scored.  Slightly different to the 324 runs scored a few weeks ago in the match against Ovingham and this game didn’t even have 9 men fielding on the boundary for 5 overs!!!

Although defeated, a grand effort all round by Mallards on a very difficult pitch and a large amount of crisps had in the bar after the game. Always a nice way to end an evening!