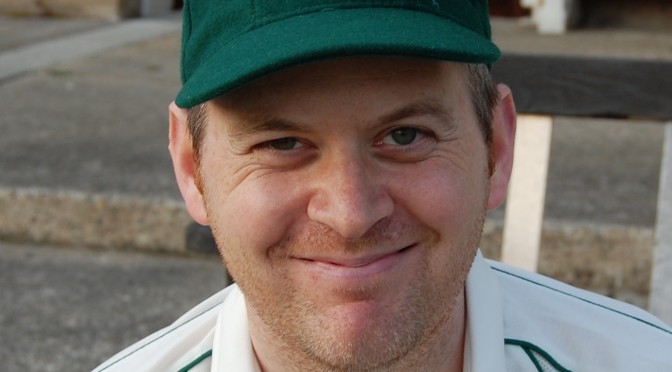 When former Lancashire and England fast bowler, Professor Ken Higgs accepted his Oscar in 2012 for discovering the “Higgs Boson” or “God particle” he was quick to give the credit to others saying that he was simply part of a team. True; it was he who had first discovered the said particle just behind short square leg against Sussex in 1963. It was a day of double celebration as his four wickets helped skittle Sussex out for just 156 that day. He failed, however, to mention the first true visionary; Jack Bodell, Oxford Professor of Advanced Physics had long wished to prove the theory correct but, despairing of a lack of investment, decided to carry out his own “Heath Robinson” experiments.

He reasoned that the furious bombarding of particles required to identify the “boson” could be replicated by aggressive punching in the boxing ring. For years the Professor learned the trade, eventually becoming British Heavyweight champion by outpointing Joe Bugner in 1971. His theories about the “God Particle” came crashing down, however, when he was knocked out by Danny McAlinden in the following year, seemingly proving that neither God nor the aforementioned particle existed.

Unbowed and unrepentant, the determined Professor retired to Cern where he worked with the team on the Large Hadron Collider. Here, at last, evidence for the particle was found. Still the Professor demanded firmer, more tangible proof. Satisfied that boxing couldn’t provide the evidence he chanced upon reports that one sport and one sporting club had all the ingredients to reproduce the God particle. The intense impact of leather on pitch, skull, hand or even bat could be, he thought, just the thing to reproduce and prove the existence of the aforementioned particle.  All he needed was a team of finally honed athletes and a concrete like pitch from which a ball could ping batsmen’s helmets.

Word got to the eminent professor that the Mallards and Riding Mill cricket ground held all the ingredients he was looking for, so he rushed to the ground to find some conclusive evidence once and for all. Don’t ask me who fed him that dud information.

The excitement of anticipation was instantly popped when he arrived at the ground to see these finally honed athletes warming up for their latest encounter: Some with greying temples – the younger ones that is. This rustic idyll hardly looked the place for a concerted barrage of chin music.

Still hopeful with a chilled breeze and a cold porridge sky above, the eminent professor sat down to watch the match, at least hopeful that a hard and fiery pitch might help provide the evidence he sought. After the first few balls had been bowled he was seized by a severe gruntle deficiency as it became clear that even the pitch wasn’t going to help. In musical terms the pitch was a “Vaughan Williams” not a “Def Leppard”. “Unless someone bowls a fast beamer my evening’s been wasted.” He mused.

Whilst the gruntle free professor sat in the far corner of the ground the two friendly teams gathered for yet another most civilised and agreeable encounter. Hardly the stuff of particle bombardment but welcome break from our collective jobs: an escape.

Riding Mill were put in to bat by, captain for the night, Stig. No Highland Games tossing the bat merriment to decide this time: just a double sided coin. Things began steadily enough with both Tony Cleaver and Andy Dunhill, sporting a fetching bandana, keeping a tight line. Tony was gifted the first wicket when his long hop was thumped down Dave McGuinness’ throat in the third over. Tony followed this up with an LBW for the other opener making it 34 for 2 after 7 overs. Andy bowled Drake, with the most uncharacteristic piece of bodyline, with the ball ricocheting onto the stumps off the batsman. The eminent professor’s interest was raised but still no sign of the aforementioned particle making an appearance. The Mallards were taking control. Colin Haylock soon followed with the fourth, bowling Greensit, leaving the score at 43 for 4 after 11 overs.

This brought the feared and formidable guardian of the ground, Mr Nitsch, and he was in no mood to do his old team mates any favours. His bribe to the umpires was to pay dividends as he held the latter part of the inning together with the help of first Walker (12) then Marks (21 not out). They managed to up the scoring rate and comfortably pass 100. All the bowlers kept things generally tight but the odd over was punished. Peter eventually fell to a run out for 30: the retirement score. It was later revealed that he’d reached 31, leaving him feeling aggrieved though this failed to take account of his two clear [not given – Ed.] run outs and a possible stumping along the way [and not forgetting a feathered edge to the keeper that also was denied by the umpire – Ed.]. A special mention for the fielder: Gareth who managed hit the stumps from an angle that left only one stump to aim for.

Riding Mill finished on a respectable 114 for 6 in their twenty overs. Gareth and Srinath’s figures took some stick late without bowling badly. Dave Cox’s 4 overs, 1 for 12 had tied Riding Mill down prior to the late flourish and ensured a total that was probably below par for the wicket.

And so, after some recent batting traumas it was the Mallards turn to attempt some rehabilitation on this generally welcoming surface: Harton and Westoe this was not. Things started brightly as Alan Boyes dabbed two cultured boundaries in the second over only to spoil it by running himself out in the next over [to a direct hit from the fielder who had 2 stumps to aim at – Ed.]. This only brought Dave McGuinness (pictured) to the wicket to build a characteristically grinding and attritional knock. He took time to weigh up the bowlers and the pace of the pitch by hitting his first two balls for a slightly top edged six to backward square then a four.  Glen offered solid support as Dave slowed a little from his initial strike rate of 500. Glen (22) and Dave (21) fell in quick succession but by then the score was already 63 in the eighth over.

This brought the two Mark’s – Stig and Buckley together: not literally, of course. Mark Buckley took his time to get his eye in after a bad run of form, whilst Stig kept the innings together. The scoring rate slowed as the swishing of Stigs bat reached velocities sufficient to cause a sonic boom that could be heard at the boundary but Mark did manage a few lusty blows including a six and four fours before bizarrely being caught and bowled on 29.

His departure only brought Dave Cox to the crease: clearly very thirsty and in need of some pub food polished the game off with a four-six flourish to win the game with sixteen balls to spare. The last blow was so fierce that the eminent professor swore he could see the impact spark the Higgs Bosun but his camera was on the blink and he was sat too far away for his flash gun to pick the moment up anyway. Setting his little compact on super macro mode for a subject over sixty yards away was a daft idea as well.

No matter: science’s loss was cricket’s gain as the Mallards had positively cruised to a comfortable win with six wickets to spare.

So for Professor Bodell and both teams; no aforementioned particles but a trip to the Duke of Wellington with real ale and only the finest sun dried chips, pies and onion rings, which more than made up for the disappointment and capped a wonderful evening.