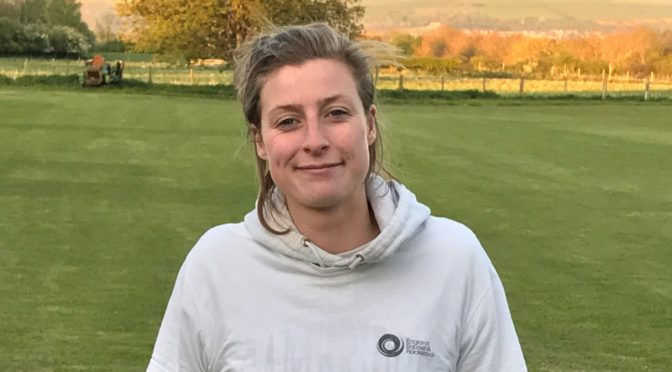 Age: A gentleman would never ask. Let’s just say she’s way younger than Tony Cleaver and leave it at that.

Specialism: The natural all-round skills of a  rhythmic gymnast, Ellie is a sharp fielder who is shaping up into a useful middle order batsperson. We are also too gentlemanly to mention her bowling.

Profile:  Ellie is believed to be the first official female Mallard. Her presence in the team has confused some of our older members who clearly still half expect her to make the teas at the change of innings. Ellie is a huge Selena Gomez fan but claims this is not because she ‘can’t keep her hands to herself’.  (Mallards website; keeping it real)

Favourite Colour:  White with a hint of grey (see pic). Definitely not pink (the un-named team member who suggested this has been sent for equality training)

Nickname:  Smelanor. The story behind this cannot be published for legal reasons