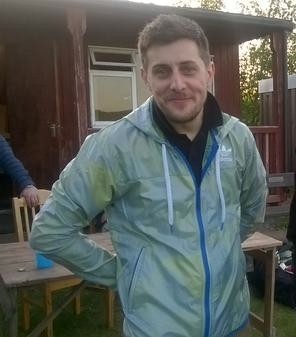 Age:  So young in Mallards’ terms that he has had to grow a beard so that he doesn’t look 12 when surrounded by his ageing team-mates.

Specialism: Prospective all-rounder though the jury is out on the batting side of the equation. A canny fielder but as usual for Mallards has taken most of his catches when ‘guesting’ for the opposition.

Profile: An avid Liverpool fan despite being way too young to have ever seen them win the league, Ian uses his inside knowledge as a sports science technician to concoct performance-enhancing drinks. Strangely he has yet to convince his team-mates to swap their pre-match can of Stella for a Honey Water with Salt.

Nickname:  Snake Hips (though reports of his uncanny dancing skills are yet to be confirmed)