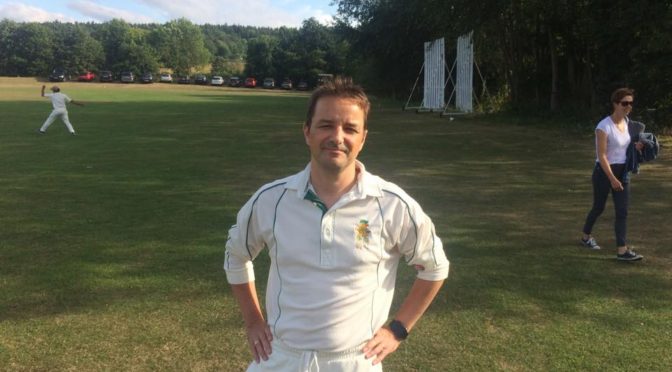 Age: Don’t be fooled by the cherubic face, he’s way older than that

Specialism: Somewhere in there is a good something-or-other.  Whether it’s a batsman, bowler or tidy all-rounder we’re not sure. The experiment goes on.

Profile: Having sired two very competent cricketing sons, Si realised that if either or both were ever to achieve England test status, it was time to step in as a role model and give them that final spur. Hard work in the nets, as one of the few regular attendees in the last couple of seasons has paid off handsomely and he now only gets bowled by them every third ball.

Favourite colour: With that surname it has to be Orange