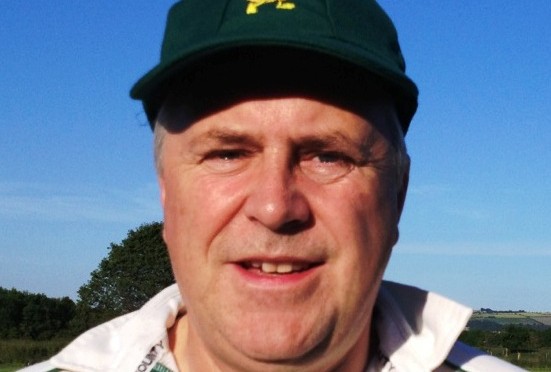 Age:   Only recently been allowed to wear long trousers

Profile: Alan almost found world-wide fame when his eighties band Boyes Two Men were on the verge of featuring on Radio 1’s roadshow, to be held on the beach at Seaton Sluice, only to be usurped at the last minute by the lesser-talented but similarly named US upstarts Boys II Men. Dismayed by this thwarted brush with stardom Alan locked himself away in his room with only an ancient Olivetti typewriter and his fertile imagination and composed a series of surrealist essays (to which this profile is a humble tribute).  These essays are only now being released to an unsuspecting public thinly disguised as cricket match reports. To this day Alan’s back goes into spasm if he happens to hear a fragment of the introduction to End of The World

Nickname: Yes No! Yes! No! – this is what’s known as a running gag