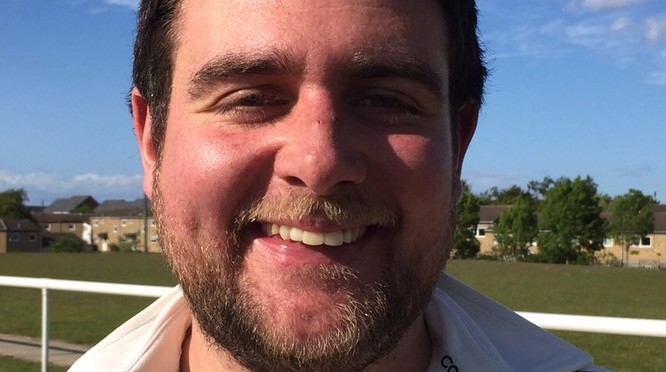 Age:  Clearly not old enough to have learnt how to shave properly

Specialism: Leg spin bowling, scoring the winning runs off the final ball of the game (legend!)

Profile: Another of our Genetically-modified players Stu was lured into the Mallards fold with the promise of several pints of lager by the wily, seductive tones of cricketing agent Craig Scott – if only to ensure that Mr Scott would get the occasional lift. A prolific turner of the ball, when he gets it on target he’s lethal. The emphasis being on the when. No-one, including Stu, is entirely sure how to pronounce his surname.

Favourite Colour:  Amber (as in nectar) – he doesn’t give a 4X for anything else